Atlético Madrid have 50 points from 19 La Liga games. On course for a 100-point season. Only ever been done twice before (Real Madrid 2012, Barcelona 2013). Atléti have never won more than 90 points in a season before.

Atletico madrid also have equalled their best start to a LaLiga Santander season!. Diego Simeones soldiers are the first team in Europe’s top five divisions to collect 50 points this season

Atlético Madrid are now TEN points clear at the top of LaLiga with a game in hand on second-placed Real.

Atlético Madrid have more points-per-game than any team in Europe’s top five leagues this season.

One the other hand, former Barcelona and Liverpool forward Luis Suarez is is La Liga’s top scorer this season with 14.

Forced out of Barcelona ,10 points clear with a game in hand  and Top scorer in La Liga 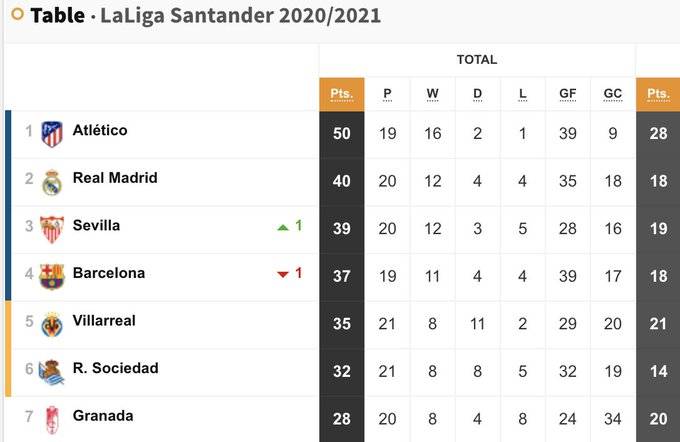